UNION PARK CHURCH OF THE NAZARENE

Our Mission
UNITY, HUMILITY AND SERVICE 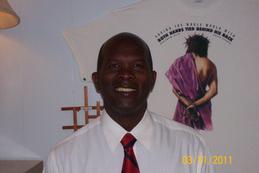 Robert L. Hires was born Aug 16, 1943. Later he went to the Nazarene Training College in Institute, West Virginia, which was under the leadership of Dr. R.W. Cunningham. In 1967, he moved to Memphis, Tenn to accept his first Pastorate. He served there until 1974, Dr. Warren Rogers Sr. was the District Superintendent. He then moved back to Orlando, FL where he met and married his wife, Betty. They have been married for 39 years. In 1975, the Evangel Temple Church of the Nazarene was born in their living room and later was moved to a storefront building. They later moved to 1531 Mercy Dr and pastored there for 28 years under the leadership of Dr. J.V. Morsch, District Superintendent.

Robert L. Hires attended United Bible College and Theological Seminary in Orlando and graduated with a Masters degree in Theology and later a Doctor of Divinity degree in 1985. Robert and Betty retired from Evangel Temple in May 2003 after 28 years of service there and count it a blessing and a privilege to serve. 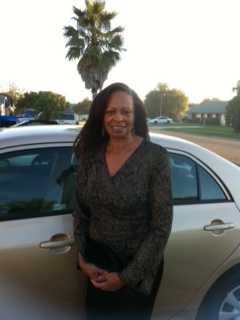 Minister Terri Underwood is the Office Manager and one of the ministers at the Union Park Church of the Nazarene. She enjoys teaching the Primary class during the Sunday School session as well as teaching and being creative in the nursery, sharing messages of hope with the congregation and encouraging others wherever she goes. She is also the leader of the Wednesday Night Prayer session.

Her desire is to live a life that pleases our Lord and Savior, Jesus Christ, according to Titus 2:3, "Likewise, teach the older women to be reverent in the way they live, not to be slanderers or addicted to much wine, but to teach what is good. Then they can train the younger women to love their husbands and children, to be self-controlled and pure, to be busy at home, to be kind, and to be subject to their husband, so that no one will malign the Word of God."

Terri is a native Baltimorean and calls Florida her home since 2005. She received her Bachelor of Biblical Studies in Counseling in May 2004 from the Bible College and Seminary of Baltimore, Maryland. Terri is also a Notary Public and offers her services for free.
Powered by